We will drive forward Europe so it is a beacon for sustainability and social rights across the world, the Party of European Socialists said today at the meeting of its Presidency.

Prior to the meeting, Presidency members met with the prime minister of Finland, and leader of the Finnish Social Democratic Party, Antti Rinne - yet another example of a successful progressive government in the European Union.

“It is exciting and inspiring to exchange views and expertise with the social democratic prime minister of Finland, the country that currently holds the EU Council presidency and that is doing so much on social and environmental issues.”

The progressive political family convened, at a Presidency meeting hosted by the ruling Social Democratic Party of Finland, to set out its priorities for the new cycle of the European Commission and European Parliament.

“In this mandate, the priorities of the progressive political family will be to realise the European Green Deal and fully implement the European Pillar of Social Rights. These two areas were central to our campaign for a fair, free and sustainable Europe during the European elections, and now we want to deliver on them for the millions of Europeans who voted for progressive parties. This is our duty as democrats, socialists, and social democrats.”

At the meeting, Finnish Minister for European Affairs, Tytti Tuppurainen, briefed attendees on the work of the Finnish Presidency of the EU Council. Its efforts to strengthen common values and the rule of law, to make the EU more socially inclusive, and to position the EU as a global leader in climate action, fully represent the values and objectives of the PES.

Leader of the Socialists and Democrats Group in the European Parliament, Iratxe García, also addressed the meeting on the work of progressive MEPs, and their plans for the new mandate.

Representatives of both PES associated member parties from Turkey – CHP and HDP - briefed the Presidency members on developments in the country, including Erdogan’s defeat at the local elections earlier this year, and the latest news on the Turkish military operation in northern Syria. The PES Presidency expressed support for a peaceful solution to the conflict through negotiation and dialogue.

Answering a letter sent to the PES by BSP leader Kornelia Ninova, PES President Sergei Stanishev briefed the Presidency on controversial legislation in Bulgaria, initiated by the local EPP member party, which deprives political parties in the country of 90% of their state funding. Stanishev expressed concern that this might result in the inappropriate financing of political parties by private companies, which could undermine the democratic functioning of the parties in Bulgaria. He also wished success to the Bulgarian Socialists at the important local elections this weekend.

The PES Presidency also expressed support for the position of the Progressive Alliance, which has condemned the intervention of Chilean security forces into civil matters in the country, threatening democracy and human rights in Chile. 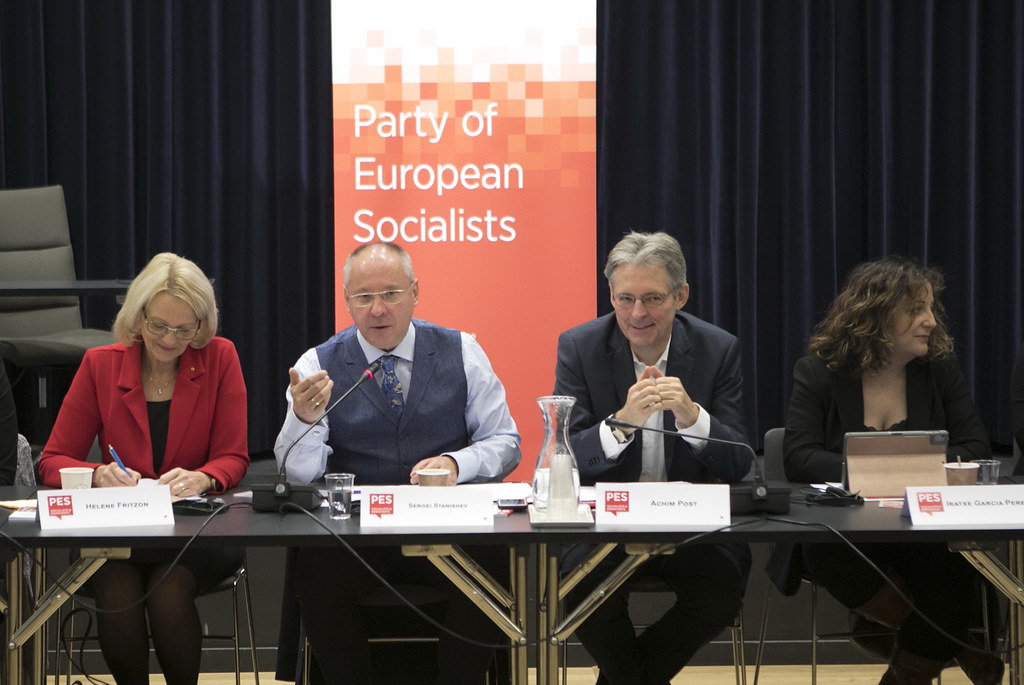