A joint delegation of the Progressive Alliance, in partnership with the Friedrich-Ebert-Stiftung and the Party of European Socialists, is in the US for a study visit from 5-10 March 2018.

The delegation is co-led by the Progressive Alliance, Friedrich-Ebert-Stiftung and PES deputy secretary general Marije Laffeber. Participants include representatives of progressive parties in Sweden, Germany, UK, Bulgaria, New Zealand, Australia, Chile, Brazil, Malaysia and Israel among others, as well as the newly elected IUSY president.

The main purpose of the study visit is to exchange views with progressive partners in the US, discussing a common progressive agenda in view of the threats posed by new global authoritarianism and populism. At the same time, the delegations also discussed strategies and techniques of progressive campaigns in advance of the US midterm election.

The delegation began in Pennsylvania, one of the competitive states for the 2018 mid-term election. There they met several local and state representatives, followed by US civil society organizations in Baltimore, amongst whom were Pastor Jamal Bryand and Baltimore rising organiser Kwame Rose.

On the eve of International Women's Day, the Friedrich-Ebert-Stiftung hosted a meeting on women in politics, with representatives of NDI, Emily's List, Women's March, Victory's List, the Pink Line Project, American Prospect and Mine the Gap, and many others.

"There are many common challenges for progressives around the globe, so international cooperation today therefore is more relevant than ever before. To invest in democratic societies, we need to engage with people in building progressive policies and work together on common campaigns.

"To face this, the PES and Progressive Alliance will continue to develop this progressive transatlantic partnership, in order to exchange ideas on how to improve people's lives and to defend democracy, equal opportunities and human rights." 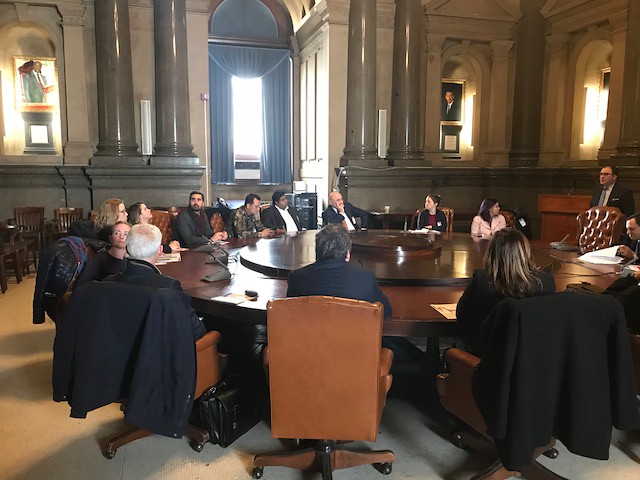