PES Women: society must break the silence on online violence against women and girls

The world must be safe for women, offline and online, representatives from academia, the tech industry, civil society, and European politics said today as they met for the PES Women Annual Conference: Breaking the silence on online violence against women and girls.

At the conference, PES Women launched an awareness-raising campaign based around Notorious Anti Violence – spoof software that purports to protect users from online harassment. Whilst no such computer program exists, the problem does.

In Europe, 9 million girls have experienced some kind of cyber violence by the time they are 15 years old, research from the European Women’s Lobby has found. This includes abuse, harassment and threats, collectively referred to as ‘online violence against women’.

“The push to stop online violence must include a comprehensive and binding EU Gender Equality Strategy and an EU wide implementation of the Istanbul Convention, which covers online abuse.

“It is totally unacceptable that millions of women in Europe are receiving online abuse, harassment and threats on a daily basis, designed to intimidate, ridicule and drive them out of online spaces or even life altogether, while perpetrators remain untouched.

“I am proud that this year our Annual Conference has focused on what we – civil society, the tech industry, science and politicians – can do to address this issue. Now it is time for policymakers and digital platforms to build on this energy and goodwill to formulate and implement solutions.”

“The President-elect made the importance of cracking down on all forms of violence against women very clear in her mission letter to me. I am mandated to develop a new European Gender Equality Strategy and to address areas in which women still face additional barriers. In this post-2019 Strategy, the eradication of gender-based violence will be one of the major priorities.”

Through the conference, PES Women aims to introduce the topic into the public consciousness, challenging misconceptions and helping to bring about cultural and political change in the digital space. The conference took place ahead of the International Day for the Elimination of Violence against Women, Monday 25 November.

Contributors to the PES Women conference:

PES Women is an organisation within the Party of European Socialists (PES), which brings together women - MPs, MEPs and activists - from PES member parties to discuss, strengthen and promote gender equality within and outside the PES. PES Women promotes gender equality by pushing for equal representation in PES bodies and supporting the increase of women in decision-making positions. PES Women also actively contributes to PES policy papers and declarations to ensure that the gender equality dimension is taken into account.

About online violence against women 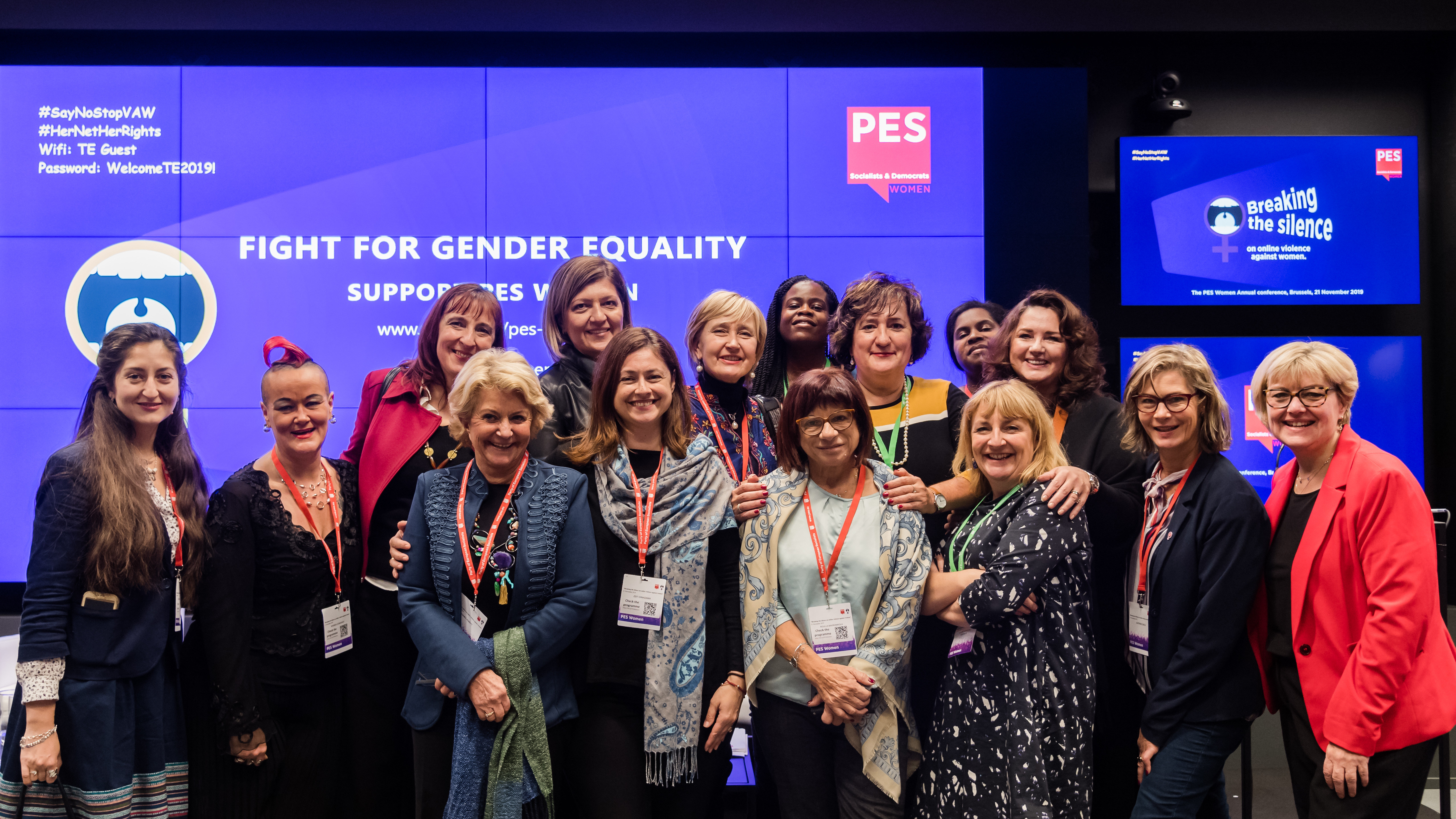