There are welcome signs of progress towards a Europe that works for everyone, with strong social rights and fair taxation for everyone. This was the verdict of prime ministers and leaders from the PES family in their meeting immediately before the European Council today.

Leaders welcomed the presentation by Pierre Moscovici of the European Commission's proposal for taxing digital giants, describing it as an important first step towards a taxation system in which multinational corporations pay their fair share.

But they added that much work remains to be done to put into practice the political commitments made by all European countries last year when they signed up to the European pillar of social rights.

"On social issues, Europe has made the right commitments with the pillar of social rights. Now it’s time to put those commitments into practice. It is excellent news that the European semester includes not only a strong taxation element but also a reference to the need for wage increases in some countries.

"This provides us with an important opportunity to make real progress on social issues. PES has proposed a detailed Social Action Plan for implementing the pillar of social rights, with clear targets for wage increases and quality jobs, reducing the gender pay gap, social protections for online workers, and a permanent and extended European Youth Guarantee.

"We will continue to insist on these specific priorities, with deadlines, to put words into action and make a real difference to the lives of European citizens."

Mr Stanishev also issued an invitation to all PES leaders, including prime ministers and party leaders from the Western Balkans region, to a special summit in Sofia on 16 May on the eve of the EU-Western Balkans summit.

Prime ministers also discussed the positions of Europe’s progressive parties ahead of the European elections in 2019, and committed to a common set of priorities for the election campaign.

At the PES meeting and the subsequent European Council, leaders wore white ribbons to commemorate the terrorist attacks in Brussels on 22 March 2016, which killed 32 people and injured hundreds more. 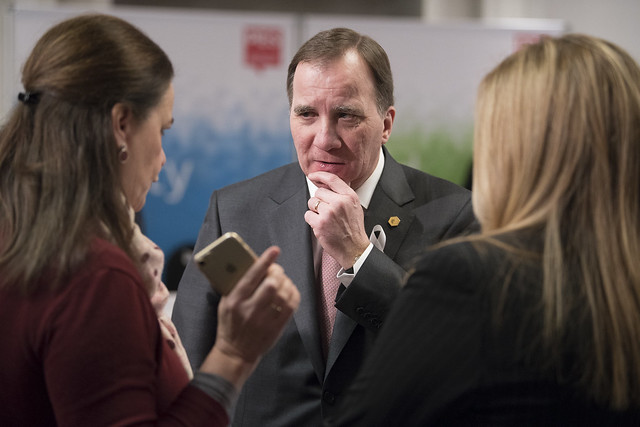