With two submitted nominations for common candidate so far and a strong desire to lead progressive change in Europe, the Party of European Socialists kicked off its 2019 EU election campaign during the meeting of the prime ministers and leaders in Brussels today.

“The PES has the will and the means to lead a powerful and engaging campaign for the 2019 European elections. Next year’s vote will be a turning point for the European Union. There is an urgent need to regain citizens’ trust to ensure that the Union survives, improves and refocuses on the people.”

At the meeting the PES heads of state and leaders welcomed the two candidates – Maroš Šefčovič, Vice-President of the European Commission for Energy Union and Frans Timmermans, First Vice-President of the European Commission for Better Regulation, Interinstitutional Relations, the Rule of Law and the Charter of Fundamental Rights. The PES deadline for nominations expires at 23.59h on 18 October. 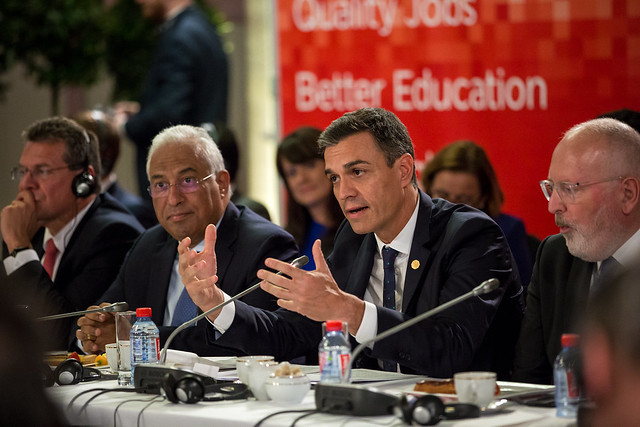