The Party of European Socialists has voted overwhelmingly to choose a common lead candidate for president of the European Commission in the 2019 European elections.

Delegates at the 2017 PES Council debated and adopted a resolution not only reaffirming their commitment to the Spitzenkandidat process — an initiative first proposed by the PES and subsequently adopted by all European parties for the 2014 European elections — but also committing to choose their PES 2019 candidate in an open, democratic and transparent process, exploring even the possibility of holding primaries if there is more than one candidate.

In addition, PES parties from around Europe also endorsed a strongly-worded resolution laying out the progressive vision for the future of the EU, including:

"After today's debates, our political family stands united behind a single strong message: Europe can be different. The parties of the PES offer a positive and forward-looking alternative to the current right-wing mantra of austerity, inequality and nationalism.

"We stand for equality and solidarity. We want quality jobs and a strong social welfare system, created by sustainable investment that takes the challenge of climate change seriously.

"And we stand for democracy at home and abroad. We are determined to reinforce the Spitzenkandidat process so that citizens have a genuine and direct voice in choosing the next president of the European Commission."

"Our job is to wake the sleeping giant -- we must engage with the youngest generations, not just to consult them but to include them and give them responsibility."

Alongside the main Council, which runs until tomorrow, today’s highlights from the PES Council in Lisbon include:

Today’s events follow the PES Women conference, a meeting of European parties’ secretaries general, and a campaign strategy session for hundreds of activists, all of which took place yesterday.

To see the full programme, visit our Lisbon webpage.

For images and footage from the Council, see: 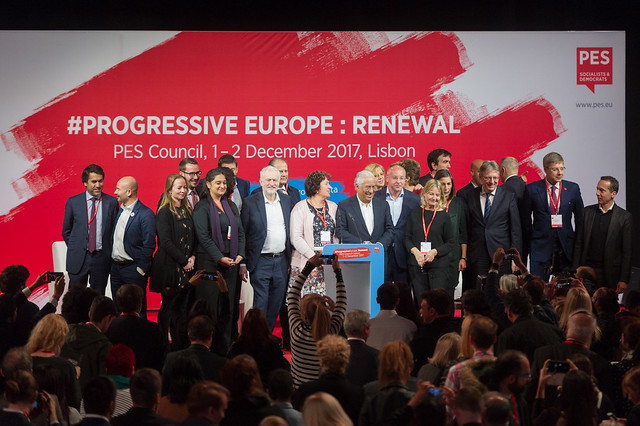